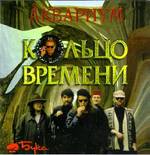 My ability to interface with this program has been a sad history of struggle, strife and travail. In the first place, when I left home (many moons ago) I left the instructions and took only the CD-ROMs to my new abode. Although the instructions are, in their Russian way, fairly perfunctory, they do contain the useful bit of information “How to quit the program without hitting Ctrl-Alt-Del.” While quitting the program is not in fact at all complicated, it does involve the interpretation of rune-like symbols (neither suggestively Slavic nor suggestively Anglo-Saxon) and damned if I could figure it out until the instructions were at long last faxed to me.

Then there's the wee problem that I cannot, to this day, figure out how to change the regional settings on my computer so that it will recognize the Russian fonts on the discs. One might think, for instance, that it would be simply a matter of changing the “regional settings” in the hard drive's control panel or the fonts in the display configurations. Not so, Lotus Blossom. Nothing so simple. On my paricular computer, one may easily change all fonts to Cyrillic, except the one relevant font, that for the “Window Text.” I blame Bill Gates, official designated Antichrist for all problems relating to computers. Therefore, though I have Russian fonts galore, my computer renders the discs' Russian as a sort of crypto-Icelandic gibberish.

This is a shame because one of the more potentially useful features of Ring of Time is a listing of all of the canonical Akvarium albums with all of their lyrics. If you are fortunate enough to own Songs (which is frequently OOP, so if you aren't, you're may be SOL) this is of decidedly limited utility, of course, not containing, for instance, any of the dozens of “songs not appearing on albums.” For the Songs-less, however, it is potentially valuable, particularly the extensive album notes, which (one is regrettably, due to font problems, forced to surmise) duplicate those to be found at the end of Songs.

This same “book” feature, which is essentially separate from the “game” aspect of Ring of Time, also has possibly every photograph of BG and friends have ever taken—well, a whole lot of them anyway—from the mid-70's onward, with lots of potentially interesting crypto-Icelandic notes by the man himself. It's really far more снимки than even BG's mother has any interest in seeing, especially with the superabundance of “русский стол” shots; however, unlike when you're confronted by that bore you know at the office, at least you get to pick and choose and skim.

Other than the “book” function of the disc, which can be accessed at any time, Ring of Time consists of a virtual tour of Boris' favorite mystical locales: Egypt; Tibet; Ireland; ancient Rus; contemporary St. Petersburg. In each area there are things to move and manipulate, and golden notes to find. Each note represents a BG/Akvarium classic, which begins to play as soon as you select the note. Collect all 40 notes to fill in a jigsaw (which you can access whenever you wish to gauge your progress) and something wonderful will happen.

What will happen? I have no idea. Damn it. I can only find 38 of the notes. And the fact is, I may never find more than 38 because, unlike in a normal game-type program, there's no way to save your “game.” Every time you boot the program you start back on square one. Another frustrating thing about the notes is that the song will change every time you hit a note, so you either have to play very, very slowly or suffer your favorites to be cut off halfway through. Phooey. I would have designed it so that the songs would simply accumulate as you accumulate notes, playing all the way through consecutively. (Incidentally, the various background tunes that play if you haven't selected a golden note lately, are extremely annoying, chirpy, synth-instrumental versions of Akvarium songs that could only possibly appeal to the Rhapsody for Water crowd...if such a deeply benighted crowd even existed).

The game itself has several other problems. The first is that unlike in a real computer game of the current generation, you generally can't reverse direction or look around you in a 360 degree panorama; indeed, most often you can go and look only straight-ahead. This is lazy, sloppy, and very frustrating because it means if you find yourself, say, in The Temple of Ramses IV, then you have to crawl slowly all the way through the whole scenario and exit the other side. Secondly, given that the views/frames number only in the dozens rather than the thousands of most professional games, the this-is-boring factor sets in very, very quickly indeed. The artistry and animation on the disc are OK, there's just not nearly enough of it. Imagine a Cliff's Notes version of Myst and you'll have the general idea. Thirdly, from a musical standpoint it doesn't offer much for the collector—just the standard versions of the standards.

Far and away the most interesting part of Boris' virtual world that I've been able to access is Video Library. In the library is a videoplayer that will allow you to access any of a dozen or so clips: vintage Akvarium performances; BG solo; real music videos for a few songs ("Train on Fire," "Garçon #2) and pseudo-videos for others cobbled together from old Soviet film shorts; as well as some snippets of interview. These vary wildly in quality and import, but are all far more diverting than the alleged "game."

Also in the library a dozen or so of BG's paintings are reproduced. In a lesser talent I would say this is indicative of great bravery or perhaps hubris, since the paintings are entirely talent-free, somewhat in the style of a ham-fisted Russian Grandma Moses. In BG, however, I see it as another sign of genius: He'll try his hand at anything, and naturally deems all of his creations equally worthy of our attention. Like Radio Silence they have a humanizing quality: BG is also capable of mediocrity.

Unfortunately, taken as a whole, Ring of Time is another such notable non-success, or, at best, half-success. Though I haven't seen it, all indications are that the 25 Years multimedia set is the way to go if the Bodhisattvas of Babylon haven't yet quenched your thirst for Virtual Boris. As Dji suggested long ago, save your баксы and buy more albums.