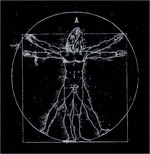 [Word To Your Bodhisattva: The more things change, the more they stay the same. Since the release of this album on cd in every music shop on the planet, all my ranting and raving about how hard it is to find is out the window. The meat of the review still seems valid, though. I expect to get a cd copy of the album soon (Feb. 2000), so I may revise my revisions etc. in due time. The Bodhisattvas of Babylon revel in the inconvenience.]

Rating: You would have to be stupid not to buy it if you found it. But there's no urgent need to go writing off to the Russian Embassy for a visa. If it were as easy to find as the cd-format albums, I'd rate it right next to Blue Album, on the Pilgrim Level.

As it is, though, it's rated as "Too rare to pass up, buried in the basement of the ziggurat." Recommended if you like: Blue Album, Sands of Petersburg; as well as for those who think that Gakkel' provides the tour de force that carries many an Akvarium song.

Ichthyology is one of the few canonical [1] Akvarium albums that have never been released (or, in this case re-released) on compact disc [Lies! Damn lies! I would refer my dear colleagues to the remarks I made some lines above -dzhrew.] I do not want to deceive you—it is a bitch to find this recording.

Good luck, that's all I say. It's probably not until you have endured multiple years in Russia searching for it that can you really grasp how much owning a tape of this album enhances your lingham or yoni. It's like the holy grail, except unlike the grail (out of which you would probably never drink, should you stumble across it), when you finally possess Ichthyology you can actually listen to it.

My copy seems reliable, from a friend's friend's alleged vinyl [what drugs was I on to think that my tape was anything but a 6th-generation copy of a reel-to-reel tape? -dzhrew.] I even fool myself into thinking I hear vinyl noises at the beginning and between songs. The quality is excellent, for a tape of such dodgy origins.

This is a live album, but don't let that scare you. The mix is good, particularly when there are important back-vocals (so good that you can hear someone fuck up and start singing at the wrong time during "Fish"). My only quibble with the sound is that Boris "pfffts" the microphone sometimes, and you get a hissy, well, pffft. No big deal, tho. Maybe the mix is a little empty, too (though I have no idea what that really means—it's just a word to express a feeling I get sometimes). For those who like their live albums with crowd noise, there are smatterings of applause smattered throughout, including one round of Soviet Synchronized Applause. "Za! E! Bis! (pause) Za! E! Bis! (pause) Za...!" Just kidding. No chanting obscenities, but there is one round of SSA.

The basic instrumentation is acoustic: acoustic guitar (BG), harmonica (BG), cello (Gakkel'), bongos/congas (probably Vasilev-Feinstein), flute (probably Ded) [I guessed.. when I get the disc I'll put in the actual lineup -dzhrew.] They stray from this instrumentation a teeny bit, running the cello through some insane feedback (verging on ufo sounds) during a killer solo in "Fly, my Angel, Fly." There's also a dabble of bass (dunno who plays it) here and there, most notably and coolly during "Sergeev the Watchman." Any song off Blue Album could fit right in on this album, instrumentation-wise. Feel-wise is a different thing. The back vocals are something special. Groovy.

Well, "Fish" is a great song. Totally silly, with a sing-along chorus that asks which ocean-going fish swims the fastest. The harmonies work (this is what I had in mind when I called the back vocals "groovy"), and even mean old Anti-Boris (Makareivich) would have to agree that the flute belongs in this song. There seems to be a version of "Fish" on every live album, but this one is the best I've encountered. I listen to this version when I want to hear the song. Вот.

"10 Beautiful Women" is essential. If you don't get it here, get it somewhere. You need it. Say no more. "Strange Question" has a kind of "Ivanov" delivery to the lyrics. They are almost rapped, often quite fast, with a dash of melody to them. It's an up-tempo blues, but not your

basic 12-bar Mochalkin. The words are funny ("You're surprised that I don't smoke/Dear, I may be an idiot, but I'm not deranged"), and may be socially-conscious. But I haven't done them in-depth.

I dig the song "Child of Sunrise." This is the only song on the album that was previously recorded (in the From the Other Side of the Looking Glass era). This version's got a bit of Black Rose's mad "Loi Bykanakh" to it. Kinda chanty, kinda pre-celebrity-Buddhist Buddhist. Deep and brooding with no peppy instruments. Just non-jangly guitar, vocals, and back vocals.

"A New Life at a New Job" is really good, but it gets on my nerves a bit because I hear fragments and reminders of a lot of other Akvarium songs in it. It starts like "Partisans of the Full Moon" (from Equinox) then it has bits of "It Will All Be Better" and "Song for a New Life" (both from Acoustics) scattered throughout. The back vocals make me happy. And the part where Ivan smokes a Belomor.

"Sergeev the Watchman" is great. It sounds like a drinking song, and surprise, it's about a drunk сторож (guard, watchman) named Sergeev. The loopy harmonica and amusing lyrics make this a keeper. And the drinking-song bass, of course. If you can't picture it based on this description, listen to "Litte Uncle Thompson" off Sands of Petersburg, another classic song about getting drunk.

And if you want your basic insane be-bop flute solo, be sure to listen to the end of the album for "Heading Toward Sping." There's no UFO feedback like in Gakkel's cello solo on the song right before it, but this flute solo is enough to make Coltrane blush (or at least ask, "Who is that?")

Endnotes: [1] By "canonical," I mean albums that were at one point the only sources for songs. They can be live albums (as in the case of Ichthyology), provided the majority of the songs on the album are released there for the first (or only) time—for one reason or another Boris chose not to record/release studio versions. All later recordings of "Fish" are live versions of the Ichthyology original (which just happens to also be live). Get it? So Aroks i shtyor, 25 Akvarium, Captain Voronin, etc. are not "canonical." The line is a bit tricky with something like Library of Babylon, which is just an archive of earlier b-sides (is REM's Dead Letter Office canonical?). I'd call LoB canonical because it's a bitch to dig up all those songs b-sides any other place. Soon the Century Will End, however, is not canonical because most of it is just alternate takes of other albums' songs.

[2] Reliability's something to watch out for in these canonical rarities. You can get crap of all flavors: bogus (non-canonical live versions), incomplete (songs missing, sides missing), 20000th-generation (inaudible), sped-up (munchkin choruses, solos and verses), slowed-down (haven't got it yet, but I'm sure it happens). The ideal is to see, touch, and dub original vinyl or bobina [2a]. But I have this sinking doubt that there is no such thing as original vinyl for some stuff. [This was written long ago, before the Bodhisattvas became fully congnizant that the only Akvarium vinyl albums in existence are the Melodiya albums pressed after the group gained semi-offical sanction in 1987. All the albums prior to 1987 were recorded and disseminated solely on tape, although a handful, like Radio Africa were released on vinyl after-the-fact. -Ed.]

[2a] "Bobina" just means reel-to-reel—or in my case, ordinary-cassette copies of reels. A lot of the pre-cd stuff was "officially" released on reel-to-reel. The bobinas would travel from city to city with melomen, stopping in Youth Palaces Of Culture along the way. Everybody would copy copies of copies. The quality can be quite shitty, and tape shortages often forced padding out the end of one bobina with parts of the next. So you end up with fragments. The set-lists (if there ever were any) are long gone. Bobina copiers appear to have been afflicted with fairly underdeveloped organizational skills. And I don't think many of them were Akvarium fanatics. If you ever meet anyone with a personal Akvarium bobina collection, copy it. These people took way better care during the copying process (maybe even cleaned the heads and checked the speed). Semyon (disclaimer: he's a pathological liar) says he has a full closet of pristine Akvarium bobbinas at his mom's apartment on Sakhalin. I tend to believe him on this one because if I told you I had Talking with the Taxman About Poetry on white vinyl at my mom's house you wouldn't believe me either [It is now in my apartment in Philadelphia, in fact -dzhrew]

In this period, as a rule, Akvarium was forbidden from performing in public. Our response to this: we took our leave with a unanimous promise to play more, better concerts. Being "unpoured" [нелитованными?? чё такое?? *] at the top of the black list, we played apartments of acquaintances we didn't know. So the instrumentation borders on the ascetic. (For fairness, I'll say that Litsedeev's theater didn't trouble itself with our untouchableness and let us play a series of shows. That's reflected in the second half of the album).

The only way to record "Fly, My Angel, Fly" was to record it in concert, because no studio microphone could withstand the song's cello squall.

"нелитованными" is "forbidden by censor." This is a past participle from the verb `litovat'' (литовать), to grant censorial permission for public performance. Literally the verb "litovat'" means "to get through "lit"", where `lit' is a cropping off of `Glavlit', the state censorship office in the USSR.

Before performing songs at a legal concert (e.g. at the Leningrad Rock Club) rock musicians were supposed to submit full set lists and texts to Glavlit in order to get permission ("залитовать"). Performing songs without permission resulted in expulsion from the Rock Club and further prosecution (for illegal entrepreneurship, anti-Soviet activities etc.)

"No one will give permission to perform this text in public; the censor won't let it through".